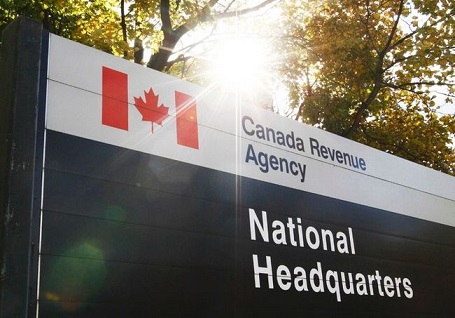 April 28th, 2015 –With Canadians enmeshed in hockey playoffs, there is little time for the bother of tax preparation. For the first time in years 5 Canadian teams have actually made the playoffs! Falling behind on something so trivial as tax filing is perfectly understandable given that if hell freezes over Canadian fans will be playing hockey there too. And now, thanks to a big blunder by the Canadian Revenue Agency (CRA), we can all turn the TVs back on or head straight to the pubs!

Filing forms after the traditional deadline of April 30, (and before May 5), won’t result in a penalty. This is a last minute, welcome reprieve to many. But what of those sterling citizens who dutifully sweated it out and managed to get it all done on time? This must feel like slashing to some.

Kerry-Lynne Findlay, the Canadian Revenue Minister is quoted as saying that this is all “unacceptable.” Thank you for the tea and sympathy. Apparently a factually challenged notice was sent out to accountants “due to human error.” People make mistakes, right? (Though maybe not as consistently as the CRA.) In the future any late filings (or even traffic violations) can be ascribed to “human error” and penalties thus will be forgiven. Watch for that to happen…

Mind you, this is not the first time the CRA has made such a brutal blunder! Just last year the agency extended the tax deadline to May 5 after a computer bug somehow managed to muck up the Canadian E-File system. During last year’s debacle, the minster also made it clear then that “incorrect information is unacceptable.” With a bold stroke of her finger she then “directed officials to ensure no Canadians are penalized for the CRA’s error‎.”

Now this: Monday the CRA put out yet another new notice announcing that, as usual, returns were once more due by midnight, April 30. But, with all the ensuing confusion, the agency quickly retracted that and declared there would be no penalties if taxes were filed by the now incorrect extension date of May 5. Huh? So hooped!